Bushmans Quiver Quality African Safaris offers the highest quality facilities for the use and enjoyment of clients.
Our accommodations are typical for the safari industry.

Hunting with Bushman’s Quiver Safaris is more than just a hunt – you will experience the African safari and lifestyle.
You will discover the awakening of all your senses and ultimately the realisation of your dream of hunting authentically in Africa.
Whether it is your first trip to Africa, a hunt for the big five or the choice of different plains game species, we will to cater to your every need.

NOTE: Due to fluctuations in monetary exchange rates, changing government quotas, scarcity, and other unknown and unpredictable factors, prices are subject to change without notice. Bushmans Quiver will do all within its control to notify clients of impending price changes, but prices are not guaranteed until bookings are secured.

Note that not all species of dangerous game that we offer on safari are available in all provinces in which we hunt. Rather, the availability of dangerous game is province-specific. Therefore, please contact us regarding your dangerous game preferences and associated lead times and we will discuss all possibilities with you in detail.

On the African sub-continent, there are 7 species of game that are generally classified as “Dangerous Game.” This includes the traditional “Big 5”, consisting of Cape buffalo, lion, elephant, leopard, and rhinoceros plus the addition of hippo and crocodile. We hunt all 7 species across a wide range of biomes.

Dangerous game, and especially the Big 5, receive worldwide scrutiny from a game management perspective. This is to say that, for the most part, the population numbers of these species, as well as the breadth of their natural range, have been declining over the past few decades. Primarily, this is due to shrinking habitat (humankind has a tendency to take all the best land for its own purposes), disease, poaching (illegal hunting), human/animal conflict in a domestic setting, and (for predators) a decline in the number of prey animals. Controlled lawful sport hunting as a conservation management tool has never been linked to declining population numbers. In fact, as individual animals mature and then decline they die of some natural cause irrespective of the role of the hunter. So, it is this naturally occurring surplus that hunters tend to harvest. In addition, the license fees hunters pay for the privilege of harvesting this surplus are the financial backbone of the game conservation effort. 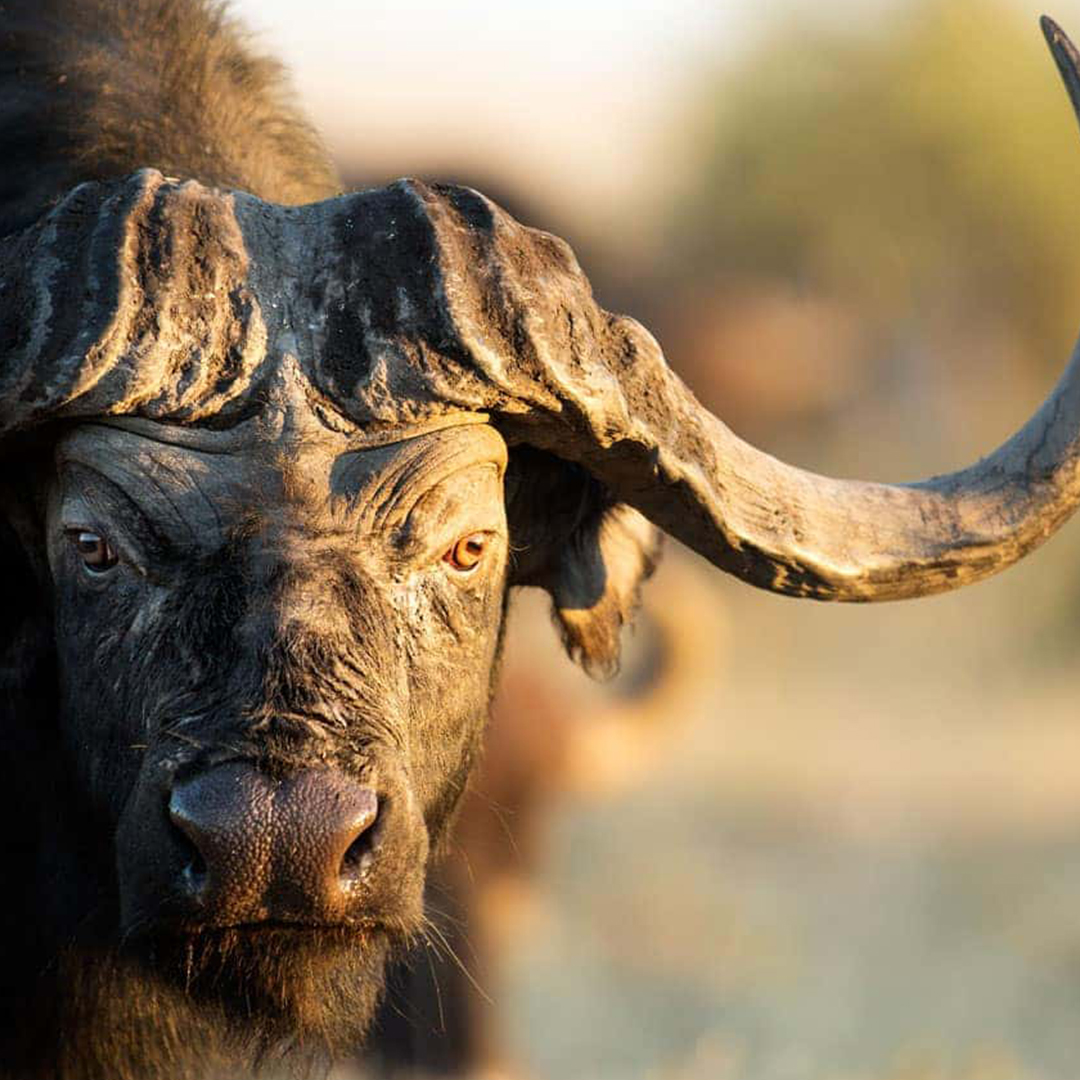 The Cape Buffalo is a large African bovine, black in color and carrying a heavy-set pair of horns. Actually, the underlying skin is gray in color, but the short thin growth or black hair covering the skin gives the appearance of being black. 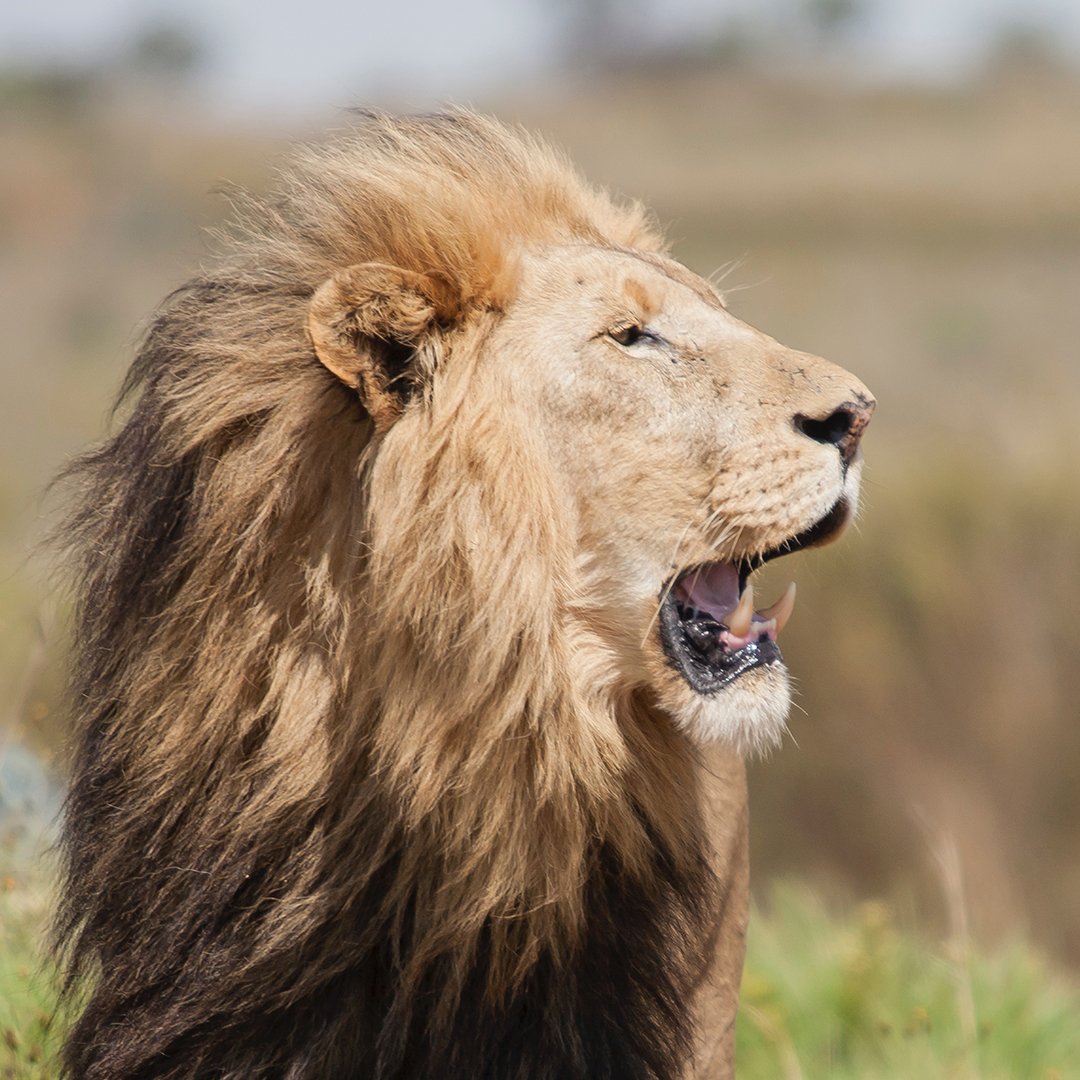 The African lion is a large carnivorous feline typically having a short tawny coat, tufted tail, and (in the male) a heavy mane of longer hair around the head, neck and shoulders. However, recently some female lions living in Botswana have been discovered to sport manes. The presence, absence, color, and size of the mane is associated with genetic precondition, sexual maturity, climate, and testosterone production. 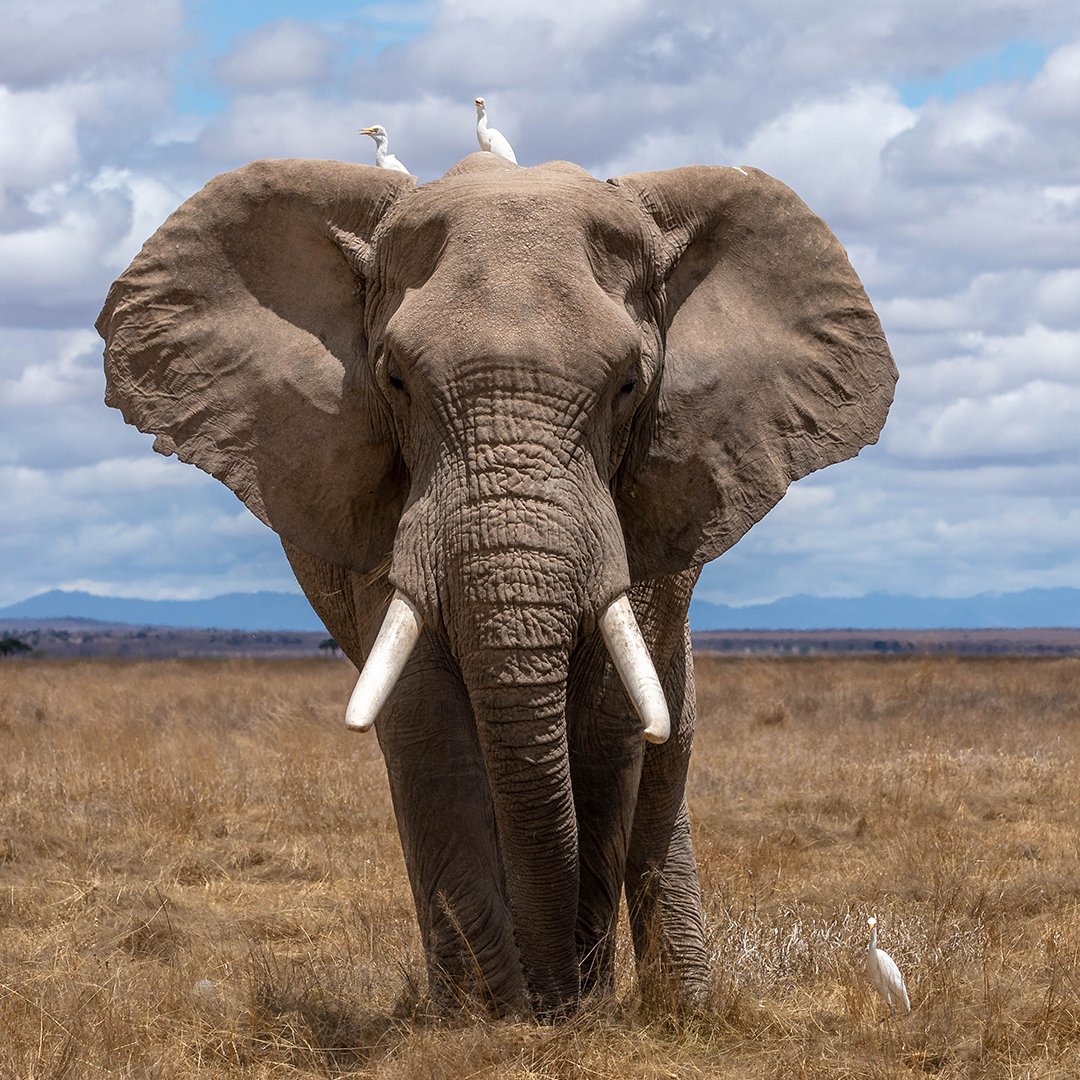 The African bush elephant (as opposed to the African forest elephant – Loxodonta cyclotis) stands 10-13 feet tall at the shoulder and can weigh 10,360 – 13,330 pounds. It is the largest living terrestrial animal. Despite its enormous size it can be very difficult to spot an elephant in its natural habitat, and hunting them can be very difficult. This can be attributed to two factors. First, elephants can cover a lot of ground in their daily movements. 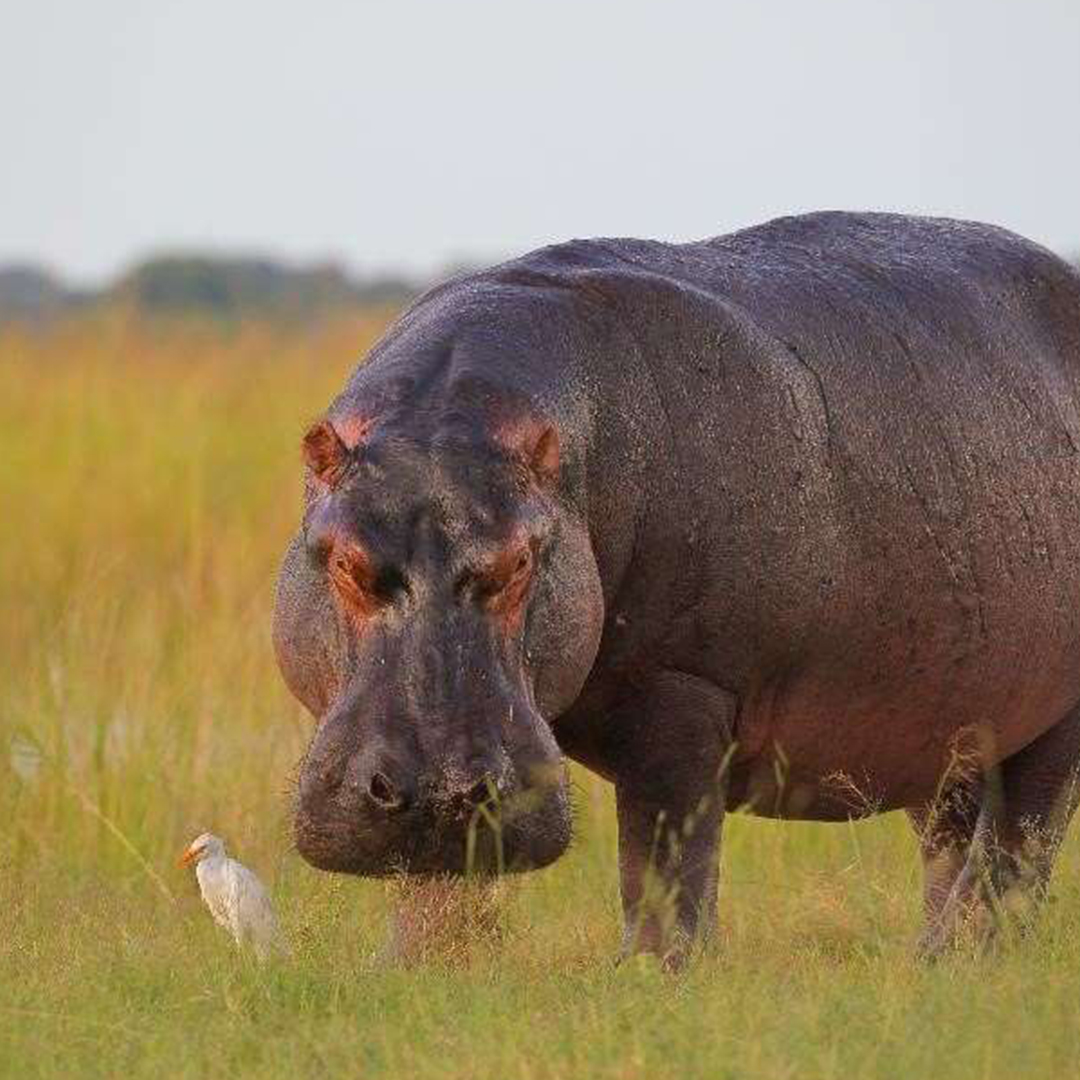 The common hippopotamus, or “hippo” as it is called, comes from the ancient Greek for “river horse.” After the elephant and rhinoceros, the hippo is the third-largest type of land mammal. Adult bull hippos average 3310 pounds, and a truly large bull may reach 4400 pounds, and since male hippos continue to grow throughout their lives, an exceptionally large bull may reach a ponderous 7050 pounds! 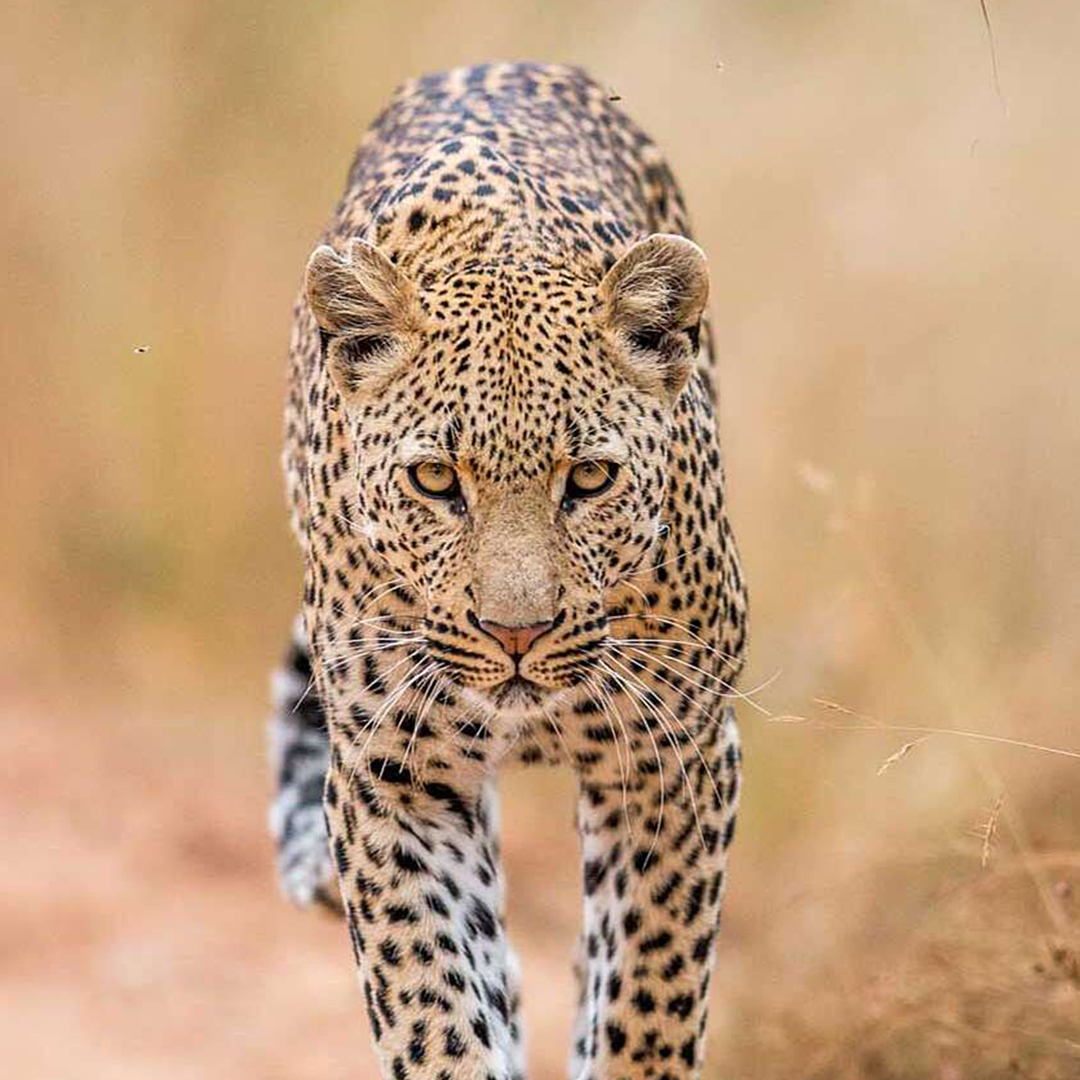 The leopard is distinguished by its well-camouflaged coat, opportunistic hunting tactics, wide-ranging diet, and its blazing speed. For its size, it is also an extremely strong cat evidenced by its ability to carry heavy carcasses considerable distances into tree canopies. It also is extremely adaptable, living in habitats as diverse as rainforest, grasslands, as well as arid and montane areas. 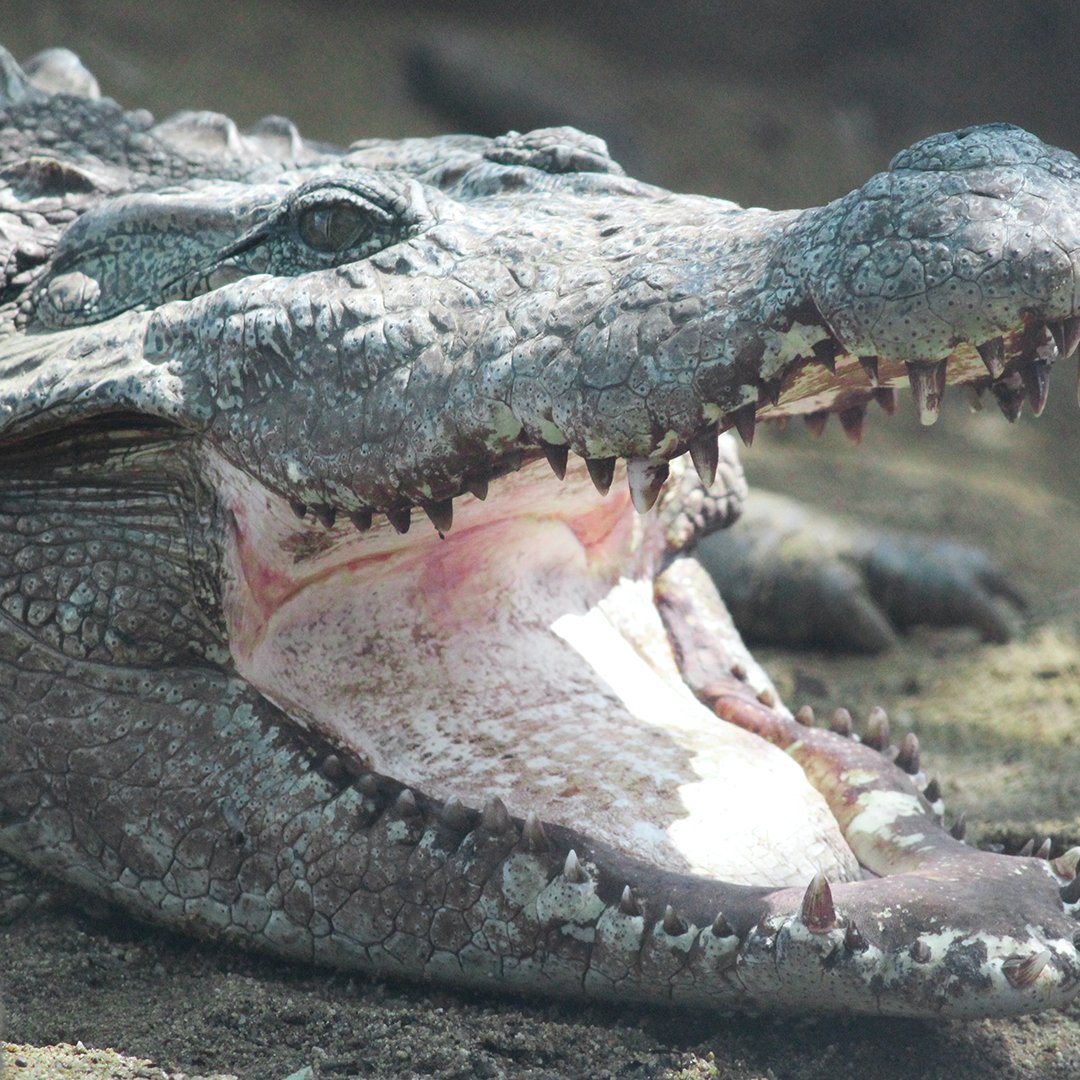 The Nile crocodile is the largest freshwater predator in Africa and may be considered the second largest extant reptile in the world after the saltwater crocodile (Crocodylus porosus). The Nile crocodile is widespread throughout Sub-Saharan Africa occupying rivers, lakes, and marshlands. Any body of water in South Africa (except possibly the most southern reaches) is likely to be inhabited by this dangerous predator, thus no natural body of water is safe for swimming. Although capable of living in saline environments this species is rarely found in saltwater, but occasionally will be found in brackish water. 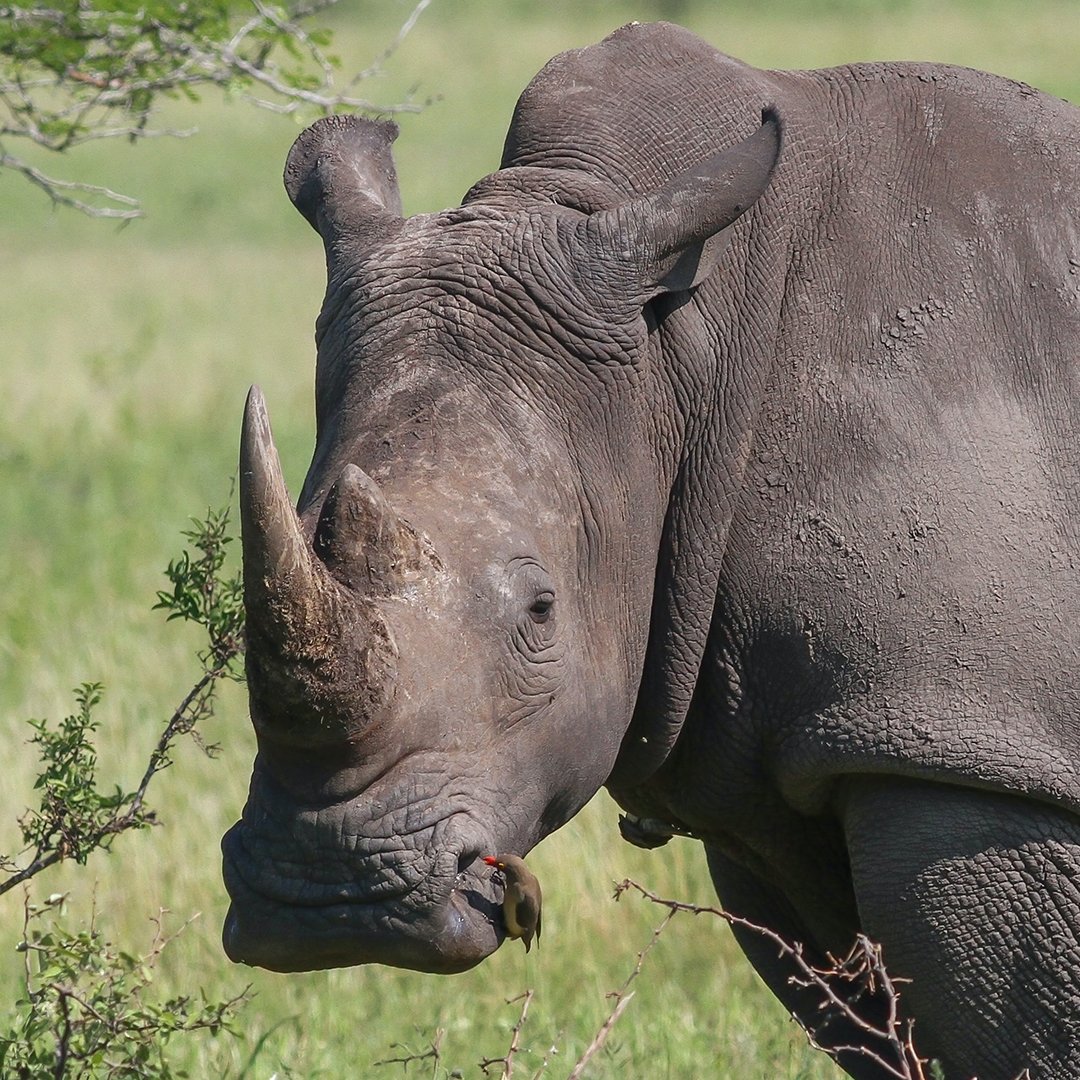 The purpose of the Bushmans Quiver Quality African Safaris Handbook is to provide a body of information, appearing all in one place, that will guide the client through the safari planning process from initial conception to completion. The process is laid out on a declining time line basis assuming a six-month planning window from initial concept to departure from the client’s home base en route to the safari destination.

After registering, you will receive a confirmation email in which you will need to confirm your subscription. Be sure to check your spam!

Menu
We use cookies to ensure that we give you the best experience on our website. If you continue to use this site we will assume that you are happy with it.OkPrivacy policy